The feast of the Ascension of the Lord that we just celebrated was the most immediate preparation for the Great Feast of Pentecost.

The images that we find in the Acts of the Apostles, the Ephesian letter, the psalm and the Gospel of Mark all have a significant thread. It is the enthronement of Jesus as king, sovereign and Lord. Christ ascends to his rightful place at the right hand of God without losing his identity as Jesus. All the gestures and images implied in the texts, from a movement to the heavens, the presence of the cloud, the power given to Jesus – including the power to send disciples on his behalf all point to the Reign of the Lord. If in the past there had been any number of rulers: The rule of death and sin, the rule of violence and greed, the rule of merit and rules – with the Ascension, forever it is established, only one Lord!

Truth be told, it was difficult to accept. If Christ was the Lord, he was certainly, and radically a very different type of Lord. He was the one who revealed his lordship in the washing of the feet, in healing, in forgiving, in bringing life where there was only death, in giving his life for his friends. When everyone else believed in a different type of Lord, it was hard to believe. It was also hard to believe, because of the hidden way of his rule. Not with ostentation, but in the smallest of movements. Like a gentle breeze that would not break a bruised reed or bring damage to a tender conscience, the Lord makes his presence known. Like a mustard seed, it will grow and make a difference in this world. The reign of God is deliberate, no turning back, nothing or anyone will ever displace the Lord.

And this is the perfect preparation for the Feast of Pentecost. Sometimes persons become distracted and almost hypnotized by the signs and wonders. The Acts of the Apostles tell of the fire that enters and dwells upon the disciples and how the disciples are able to understand those who speak other languages. These are all wonderful occurrences that must be understood within the literary, cultural and theological context of the Gospel of Luke, but most importantly, they point to the one outstanding fact: Jesus Christ is Lord. Even, Holy Spirit talk must not be separated from this one outstanding fact. After all, the Holy Spirit is the Holy Spirit of Christ.

Jesús, the son of Mary and Joseph, the Incarnation of God, is victorious over all that ever-threatened beloved humanity, including death. We are now commissioned, as a church community, to proclaim this good news. We are free to be authentic brothers and sisters with everyone, we are free to cultivate peace, we can be courageous, there is nothing to fear that has not been defeated. More so, we are able to be a people who can love as He has loved us.

Thus, the Church is born anew. 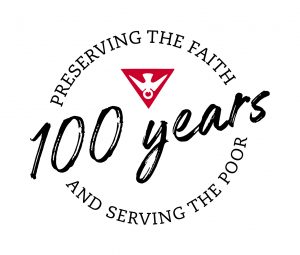